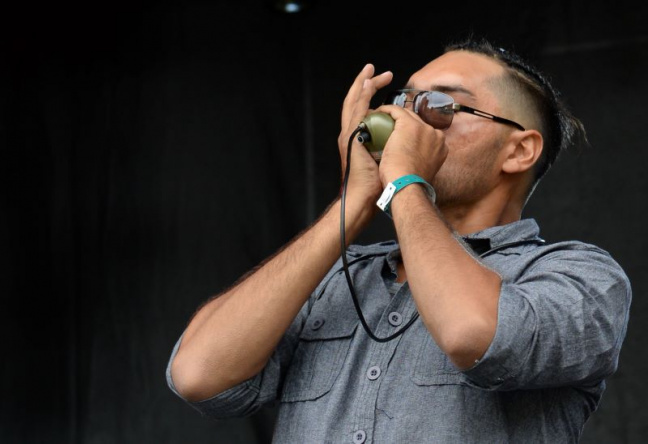 Hailing from the Algonquin reservation of Kitigan Zibi, Quebec to the city of Ottawa, Ontario, Odjick went from small town living with very little exposure to blues or live music to teaching himself harmonica and starting his own blues band.

After playing one show with a borrowed house band, he decided to scout out some local blues musicians on the Ottawa scene to establish "The Northern Steam" as a solid foundation for his Chicago blues harmonica driven sound. With a fat swinging rhythm section, a blistering harmonica and drawing heavy influence from Muddy Waters, Little Walter and Howlin Wolf, Lyle Odjick & The Northern Steam jumped from a few club shows on the Ottawa circuit to the festival stages of Calabogie Blues & Ribfest within 1 year and 3 years later returned to win the very competition that kick started his career.

Since launching his band, Lyle Odjick & The Northern Steam have gone on to perform at festivals such as Calabogie Blues & Ribfest (2016/2017), RBC Ottawa Bluesfest, Mont Tremblant International Bluesfest, Junofest, as well as Ottawa's Westfest and have opened for heavy hitting blues acts such as Colin James, Randy Bachman, Monkeyjunk, Paul Reddick and many