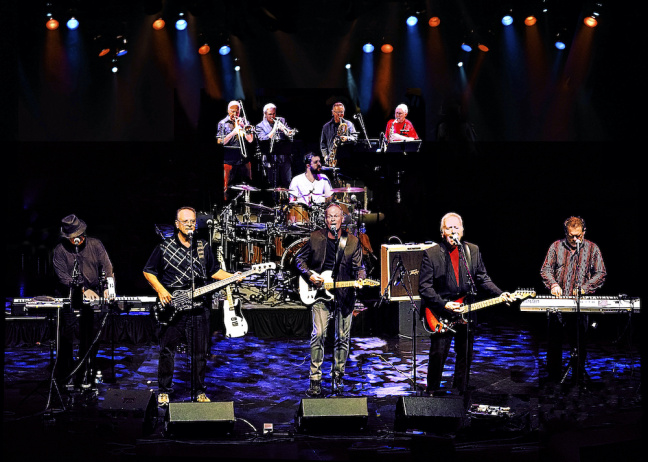 Lighthouse, Canada’s favourite classic rock band, is turning 50 and inviting Canadians across the country to join the celebration.

The band burst on the scene in 1969, with an explosive sound that defied all conventions. Between 1970 and 1973 they were awarded four Junos, four gold albums and Canada’s first platinum album for Lighthouse Live! while hits such as One Fine Morning, Sunny Days, Hats Off to the Stranger, 1849 and Pretty Lady raced to the top of Canadian and International charts.

As the first fusion band, their unique blend of rock, jazz and classical influences rocketed them to the forefront of musical trends. They were the first rock band asked to headline the Newport, Monterey and Boston Globe Jazz Festivals; the first to perform with Symphony Orchestras and the first to collaborate on a Rock Ballet. Lighthouse was the only act invited to perform a second night at the legendary 1970 Isle of Wight Festival among acts that included The Who, Miles Davis, Joni Mitchell, Chicago and The Doors.

Back home in Toronto, their free concerts at Nathan Phillip’s Square attracted up to one hundred thousand people. From 1970 to 1976 Lighthouse toured three hundred days a year across North America with an emphasis on Canadian concerts in the cities, towns and small hamlets of every province. Indeed, it’s hard to find a person who lived in Canada through the 1970s who didn’t see the group live.